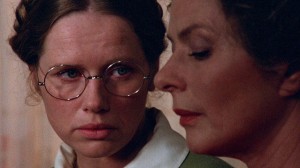 The School of Communication Norton Herrick Center for Motion Picture Studies is delighted to host special guest and international film star Liv Ullmann for the November 23rd screening of AUTUMN SONATA (1978). There will be a Q & A with Ms. Ullmann following the film, which will be projected on 35mm as part of the Herrick Center’s Cosford Classics series.