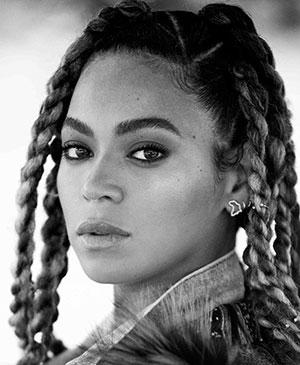 Professor Daphne A. Brooks explores the politics of Beyonce’s avant-garde, sonic social justice activism. Through clips and examples, she traces the evolution of her insurgent public intellectualism, and aims to place Beyonce’s work in a broad historical context in which black women musicians have disrupted and reimagined the public sphere through sound.

Daphne A. Brooks is Professor of African American Studies and Theater Studies at Yale University. She is the author of two books: Bodies in Dissent: Spectacular Performances of Race and Freedom, 1850-1910 (Durham, NC: Duke UP), winner of The Errol Hill Award for Outstanding Scholarship on African American Performance from ASTR and Jeff Buckley’s Grace (New York: Continuum, 2005). She has authored numerous articles on race, gender, performance and popular music culture such as “Sister, Can You Line It Out?:  Zora Neale Hurston & the Sound of Angular Black Womanhood” in Amerikastudien/American Studies, “‘Puzzling the Intervals’: Blind Tom and the Poetics of the Sonic Slave Narrative” in The Oxford Handbook of the African American Slave Narrative, ”Nina Simone’s Triple Play” in Callaloo and “‘All That You Can’t Leave Behind’: Surrogation & Black Female Soul Singing in the Age of Catastrophe” in Meridians.