Ford and Wayne in Retrospect: The Searchers at 60

Norton Herrick Center for Motion Picture Studies > Events > Ford and Wayne in Retrospect: The Searchers at 60

Ford and Wayne in Retrospect: The Searchers at 60 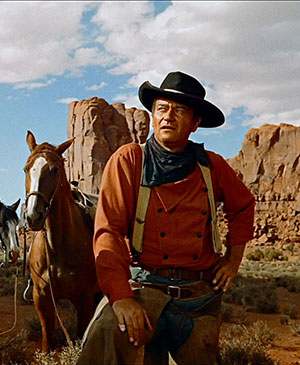 The Norton Herrick Center for Motion Picture Studies Commemorates the 60th Anniversary of THE SEARCHERS with a 35mm screening of the film presented by University of Miami Professor Scott Eyman.

Author of the New York Times Bestselling Biography JOHN WAYNE: THE LIFE AND THE LEGEND, Scott Eyman discusses the working relationship between John Wayne and director John Ford as well as the making of the movie that Motion Picture Herald called at the time, “one of the greatest of the great pictures of the American West.”

Eyman has written thirteen books, including biographies of Hollywood legends such as John Wayne, Ernst Lubitsch, Cecil B. DeMille, and Louis B. Mayer. He also collaborated with Robert Wagner on two books. He has written for The New York Times, The Washington Post, and The Wall Street Journal. He was formerly books editor of The Palm Beach Post.